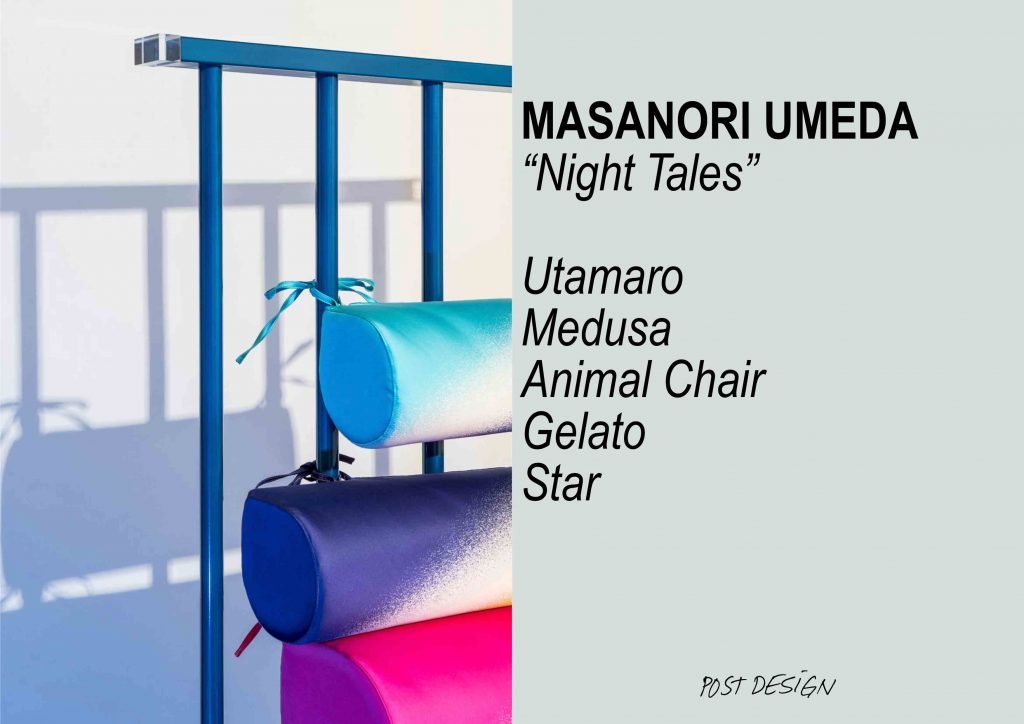 The “Night Tales” collection can be viewed online on the Fuorisalone.it platform, and at memphis-milano.com, as of 12 April. It will be available for viewing at the same time at the Post Design Gallery, Largo Treves 5, in the centre of the Brera Design District.

Forty years after the creation of the Memphis Group and the presentation of the famous Tawaraya boxing ring, a new family of products designed by Masanori Umeda, some of them dating from the early eighties – fully in line with the spirit of Memphis – now takes its place in the family of Post Design collections.

The Utamaro series consists of a double bed, sofa and armchair, inspired by the erotic rituals of the Edo period, women and the interiors of traditional homes, as represented in the works of the Japanese painter Kitagawa Utamaro.
These three coordinated furnishing objects, with their massive aesthetic impact, have a blue and fuchsia metal tubular structure, with iconic, black and white chessboard pattern laminate borders, tatami mats, trays with lacquered surfaces and flamboyant coloured silk pillows.
Just as he did with his Tawaraya boxing ring, Umeda combines traditional Japanese domestic aesthetics with contemporary Nippon accents and the western taste in furnishings in a remarkable juxtaposition.

The other works designed by Umeda in the early eighties which are now presented in the “Night Tales” collection are the Medusa table and the Animal Chair, the Gelato lamp and the Star aluminium tray.
The Medusa table, made to a 1982 design, is a domestic animal with zigzag legs, reminiscent of the arms of the Murmansk fruit dish by Sottsass. The iridescent, dichroic glass top changes colour with the changing of the light conditions and the angle of viewing, while projecting coloured shadows around the room.
The Animal Chair, which was also designed in 1982, forms part of one of the Umeda design projects which bring nature and design together to create likable objects which exude instant empathy and emotional involvement.
The Gelato table, wall and ceiling lamp is an object with personality, halfway between an ice cream cone and a clown’s hat.
The Star tray is a complex centrepiece for the table or fruit bowl with small coloured handles and a perforated decorative motif in the centre.

In addition to the new “Night Tales” collection by Masanori Umeda, the Post Design Gallery also presents a number of works from the Memphis-Milano collection, which have recently been made available once again, including the Negresco wall-mounted lamp by Martine Bedin (1981), the pair of Fuji cabinets by Arata Isozaki (1981), and the Atlas table by Aldo Cibic (1983). 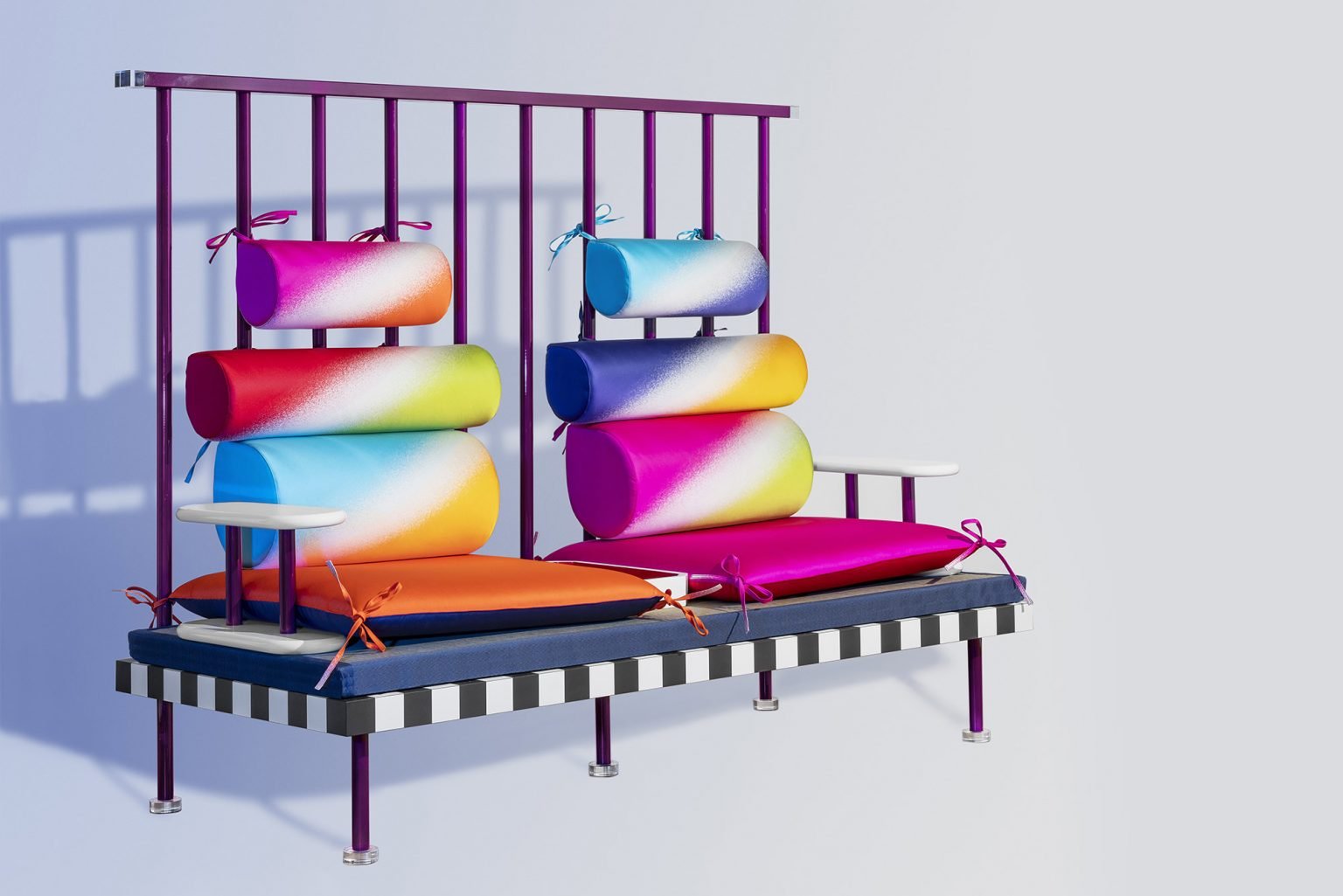 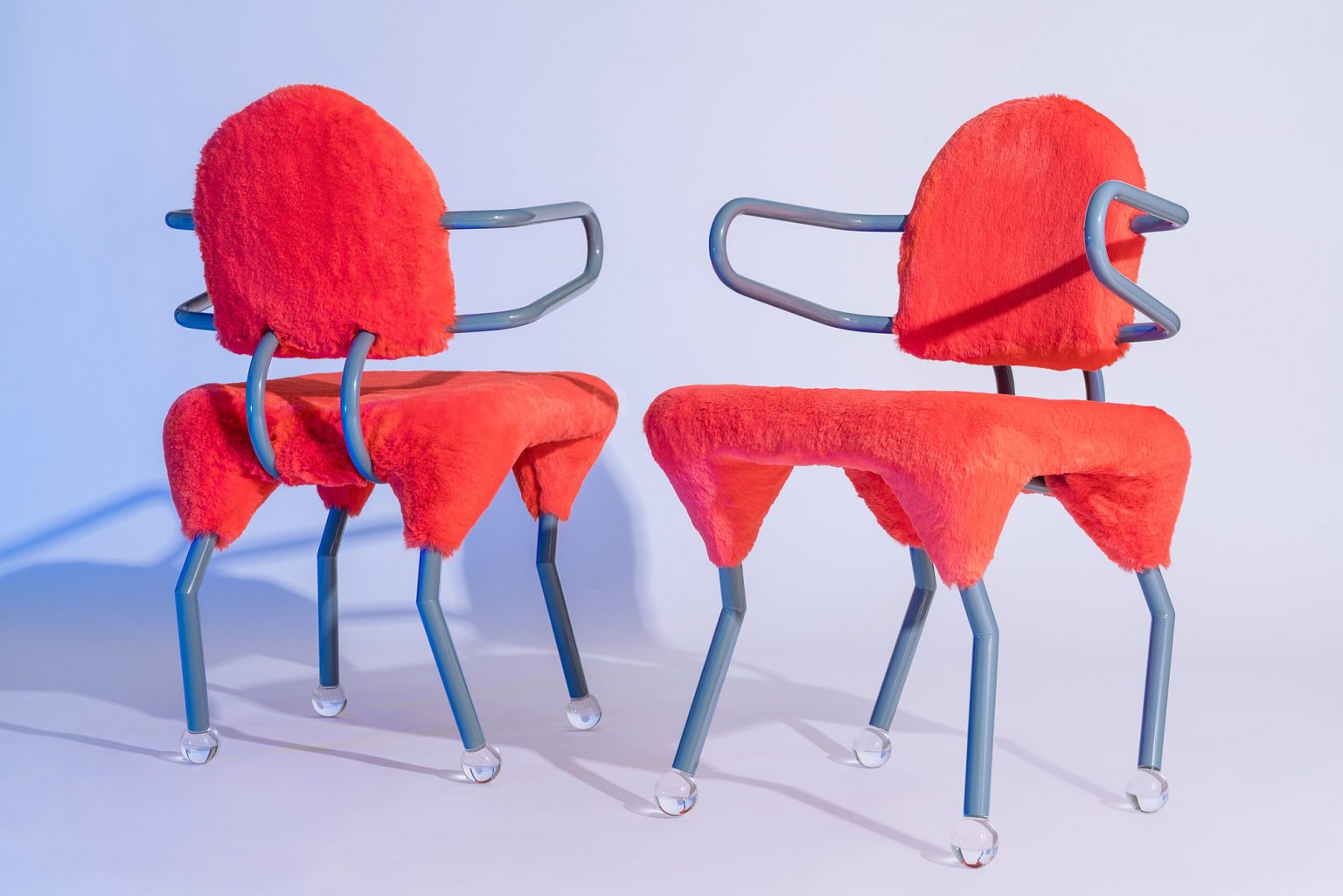 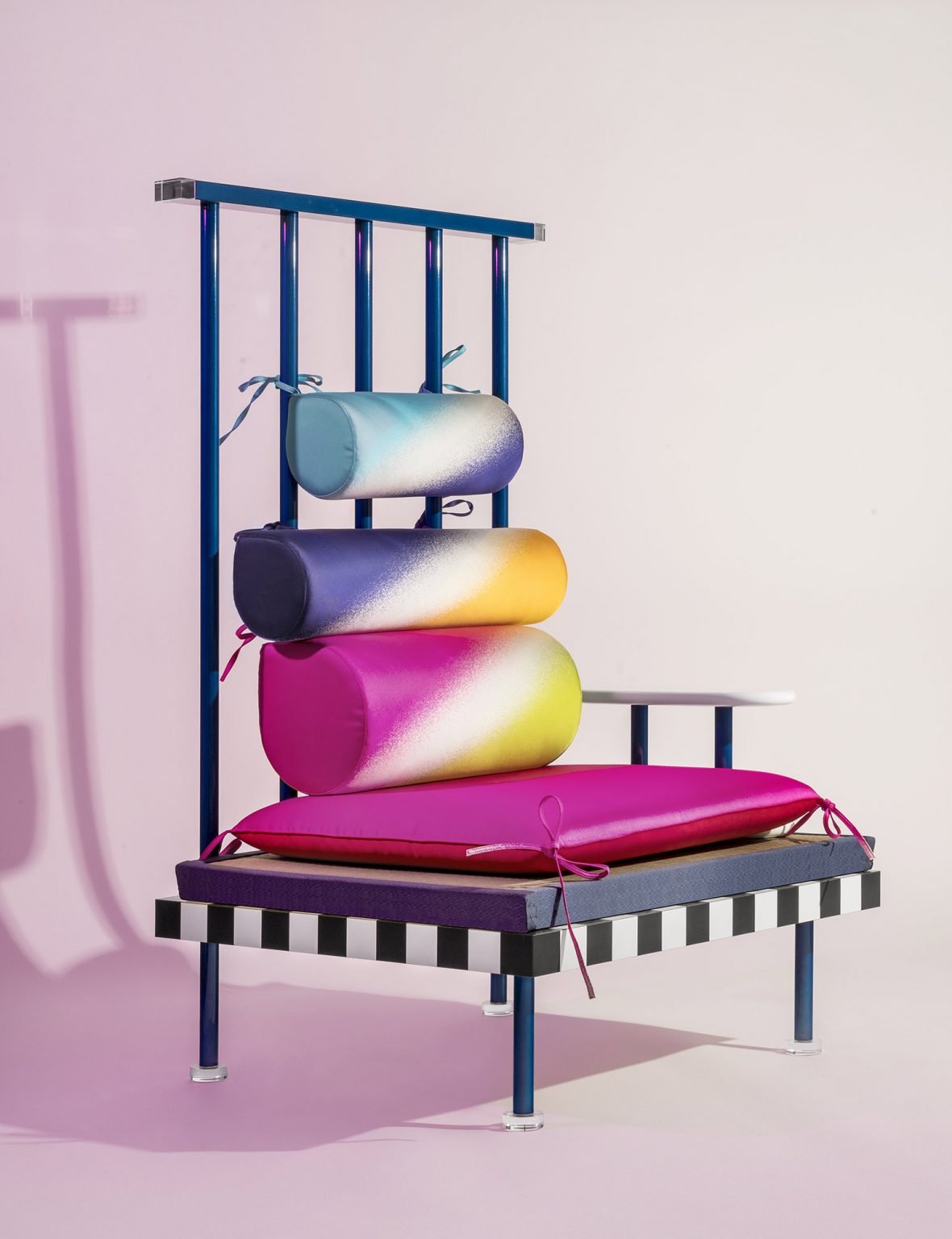 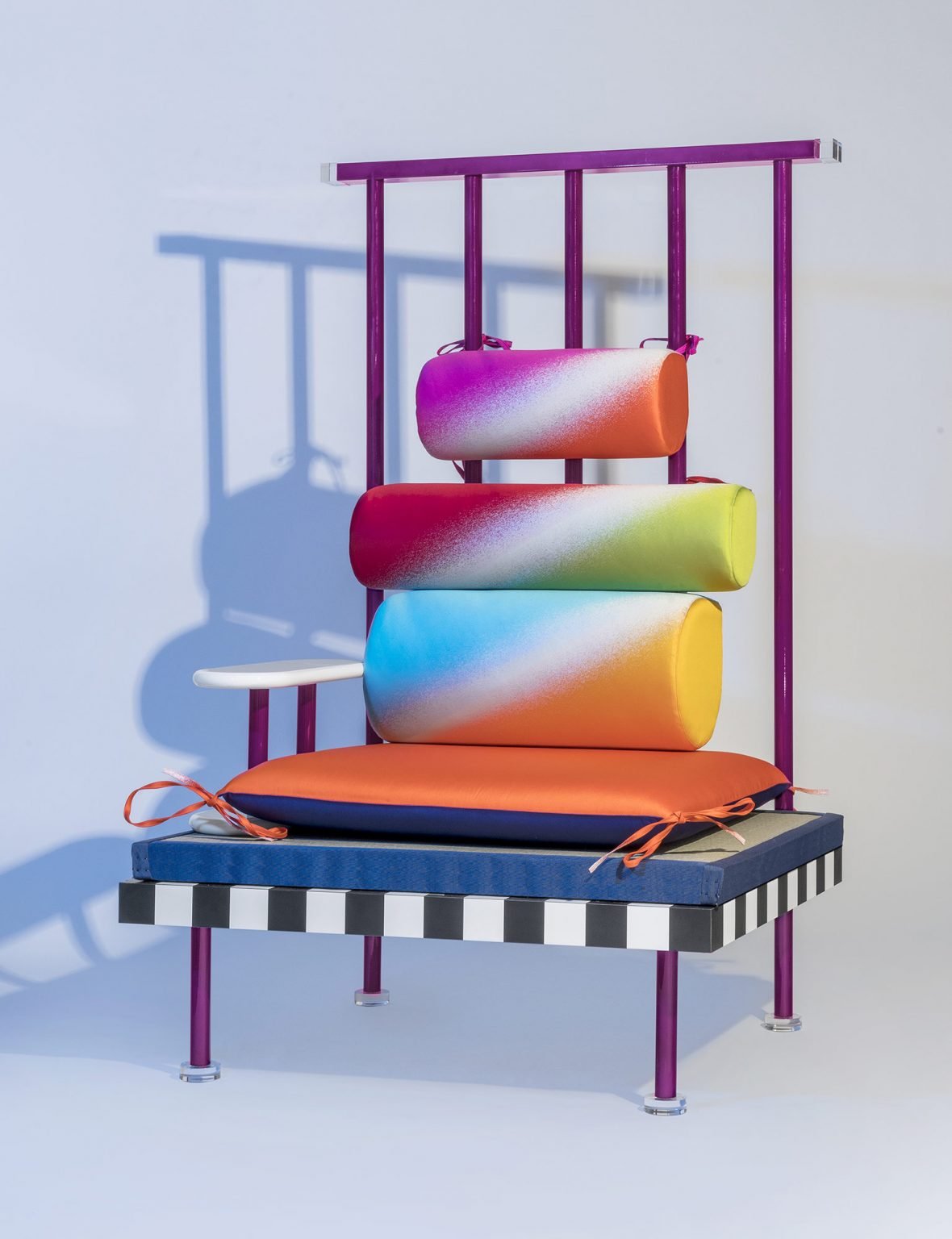 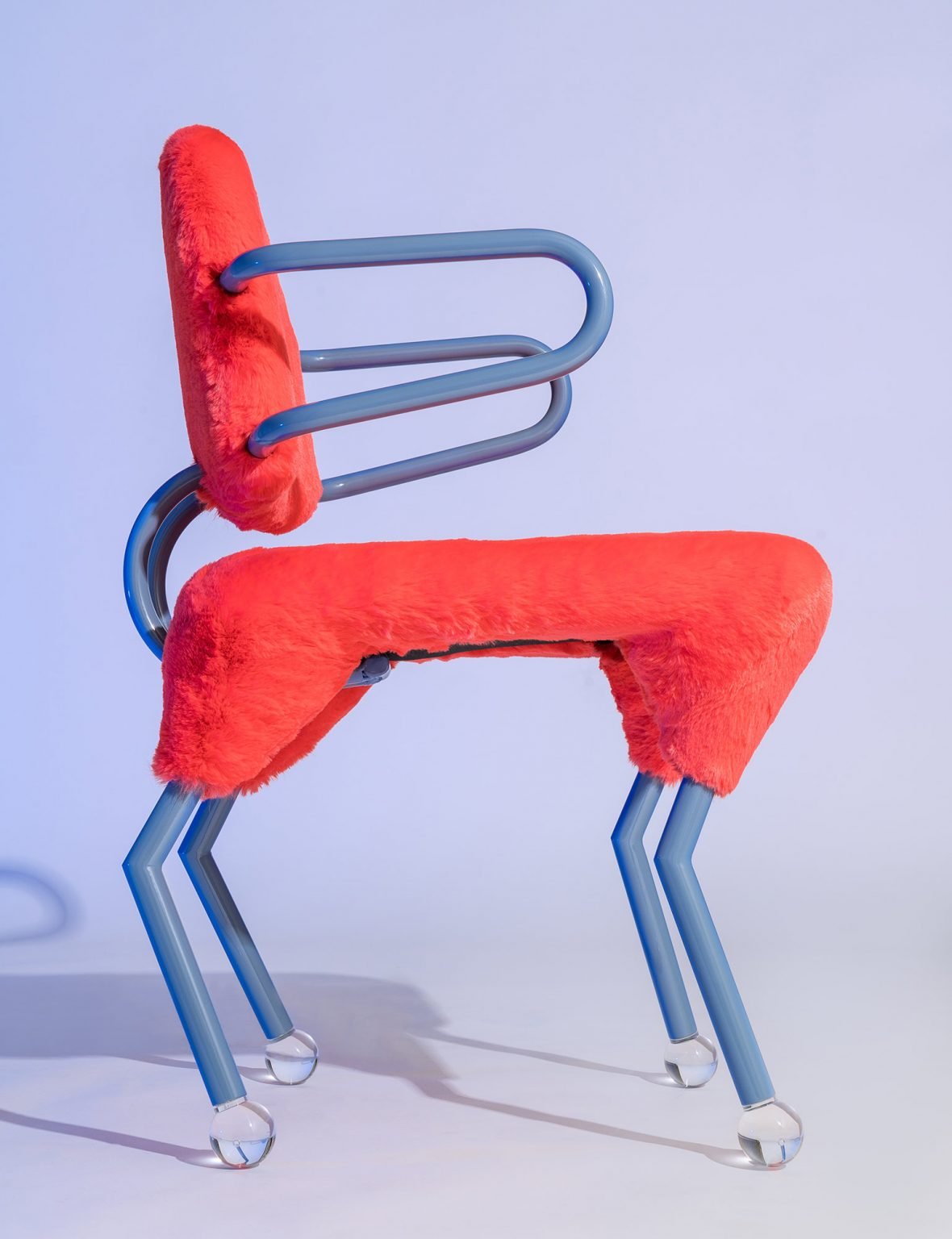 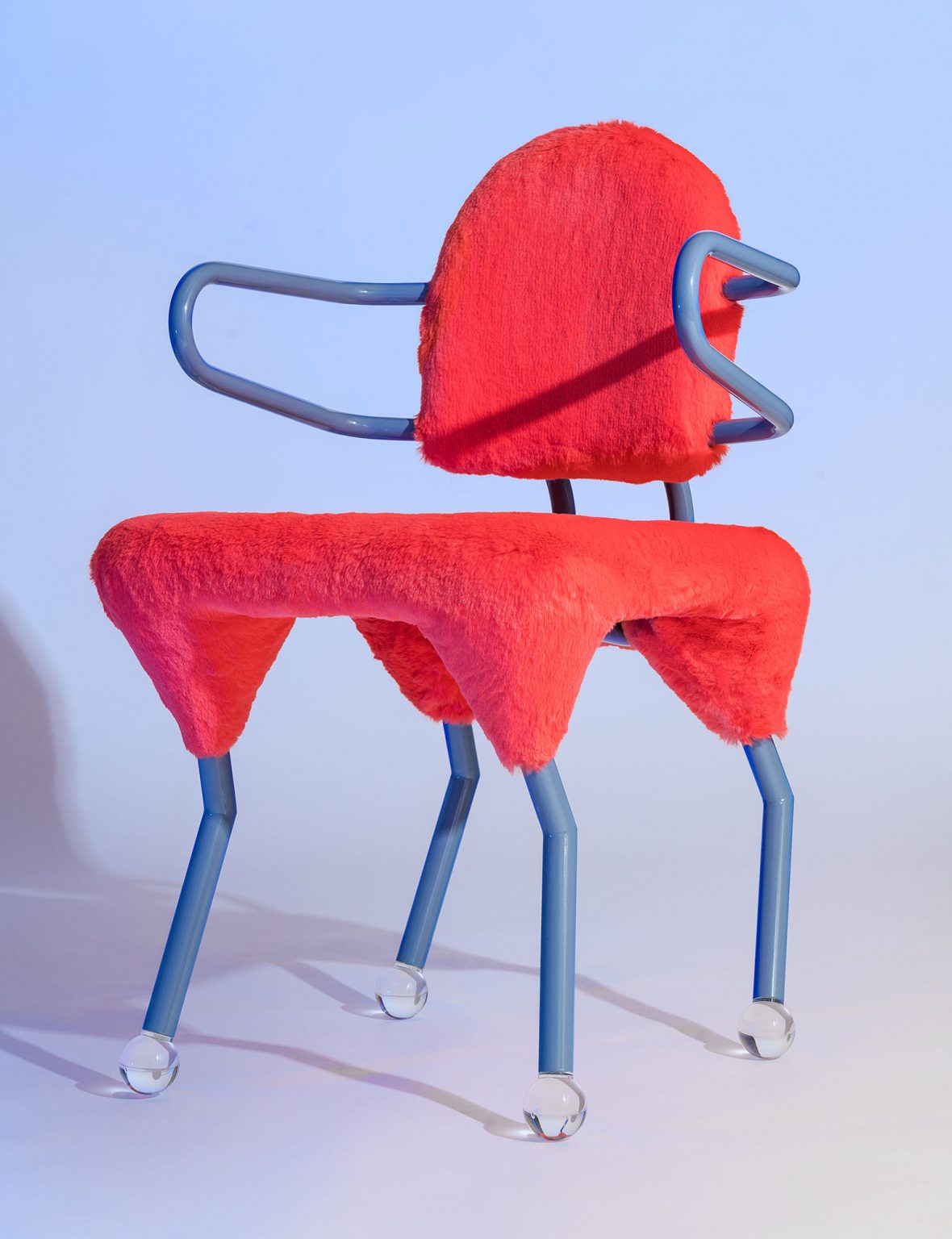 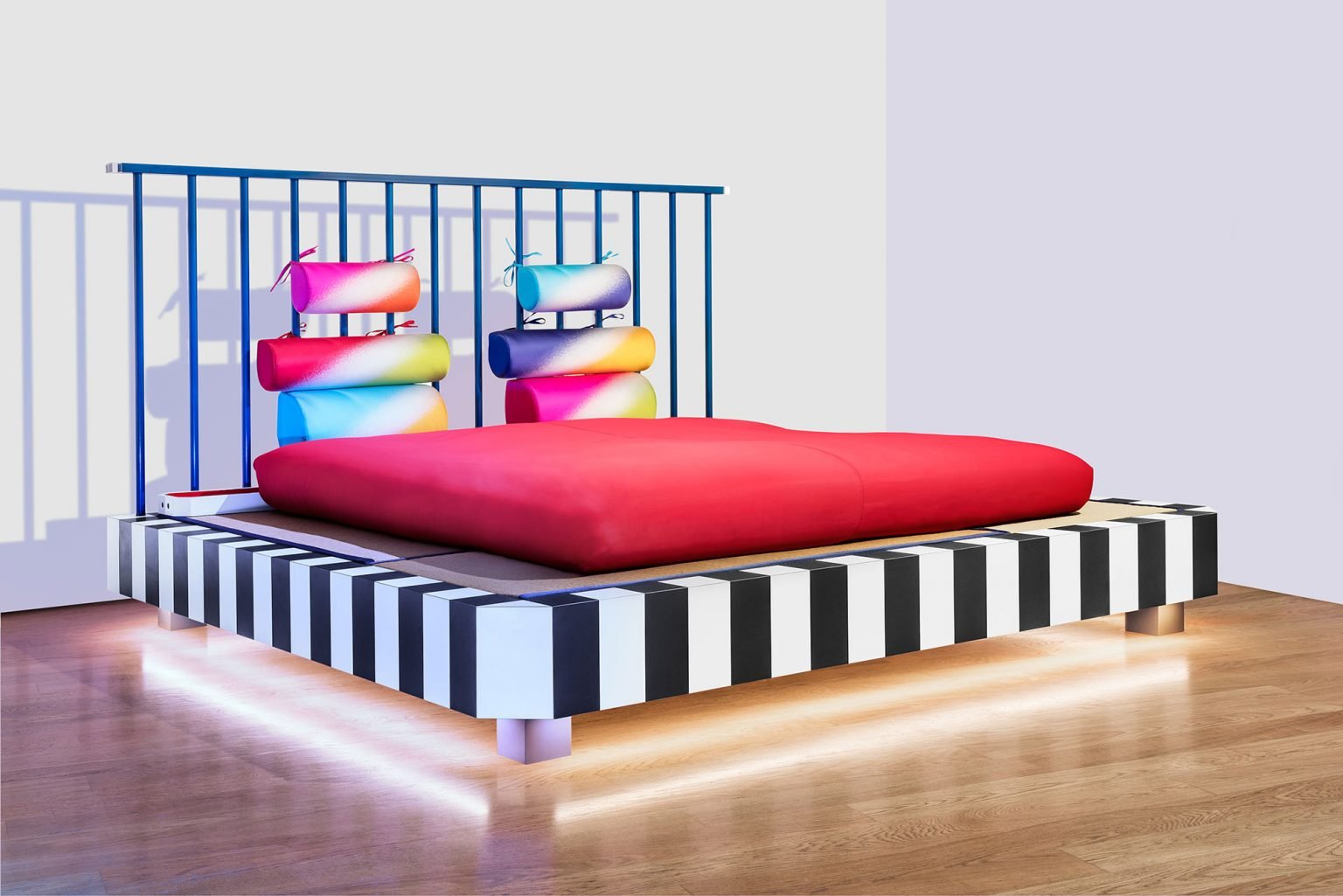 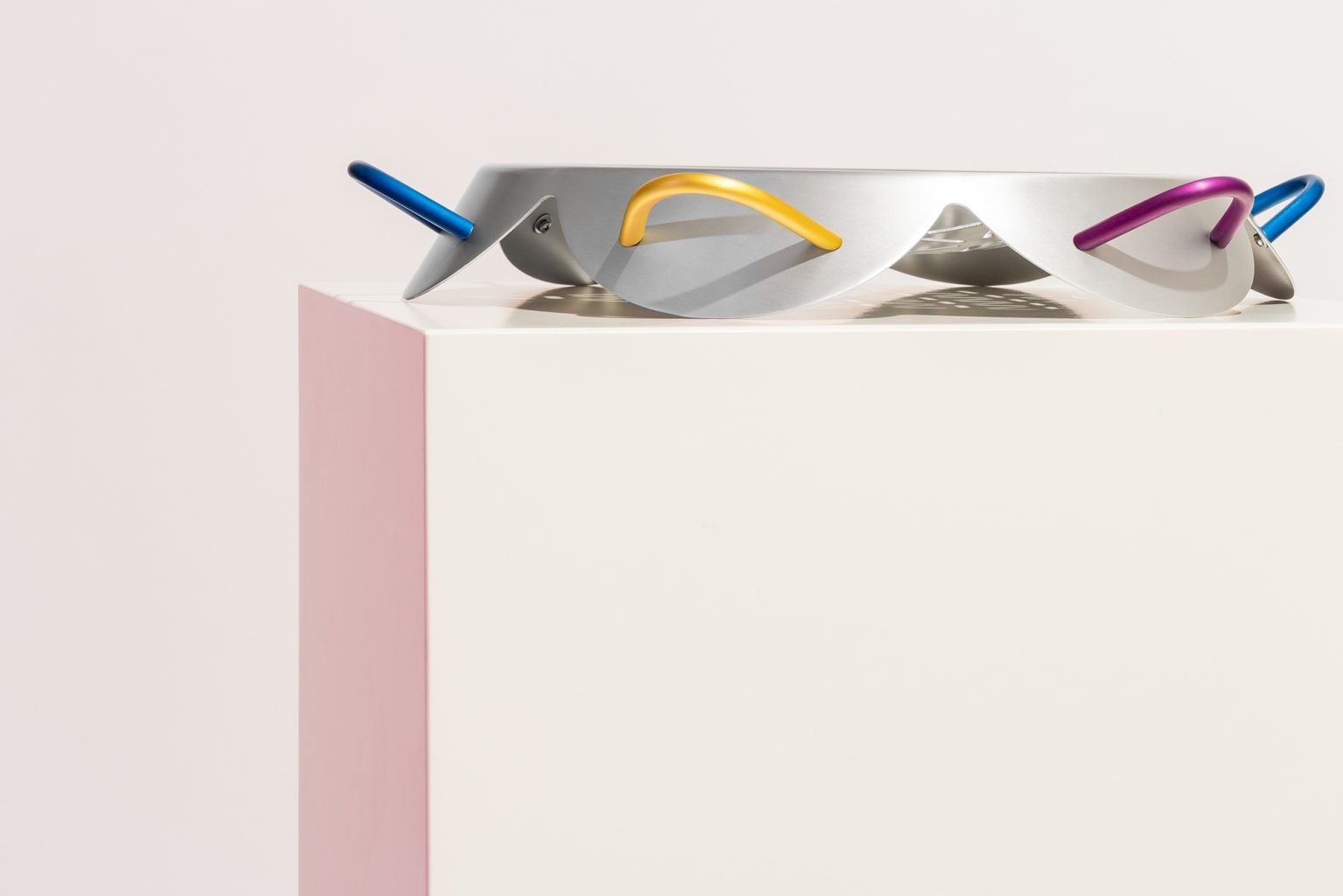 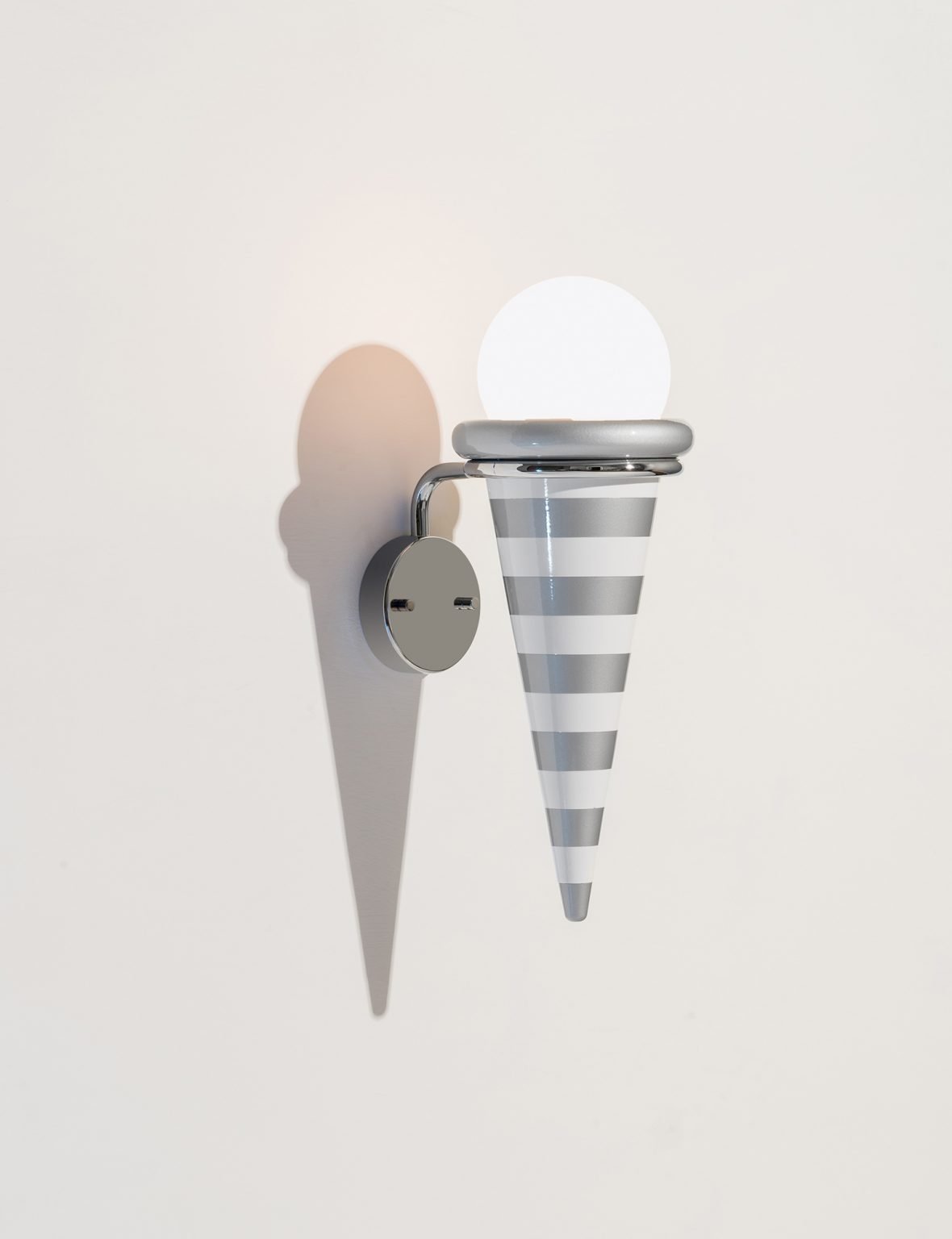 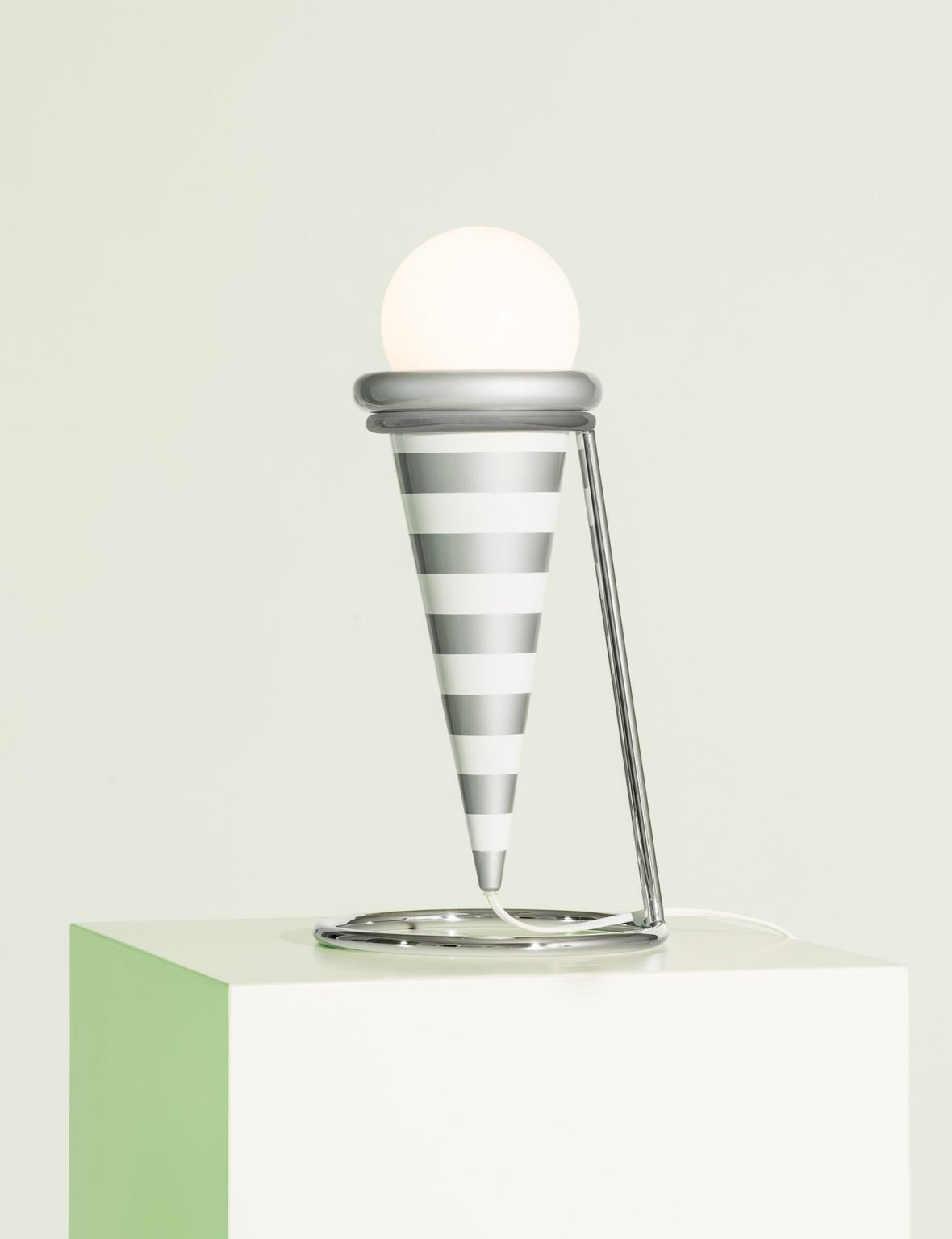 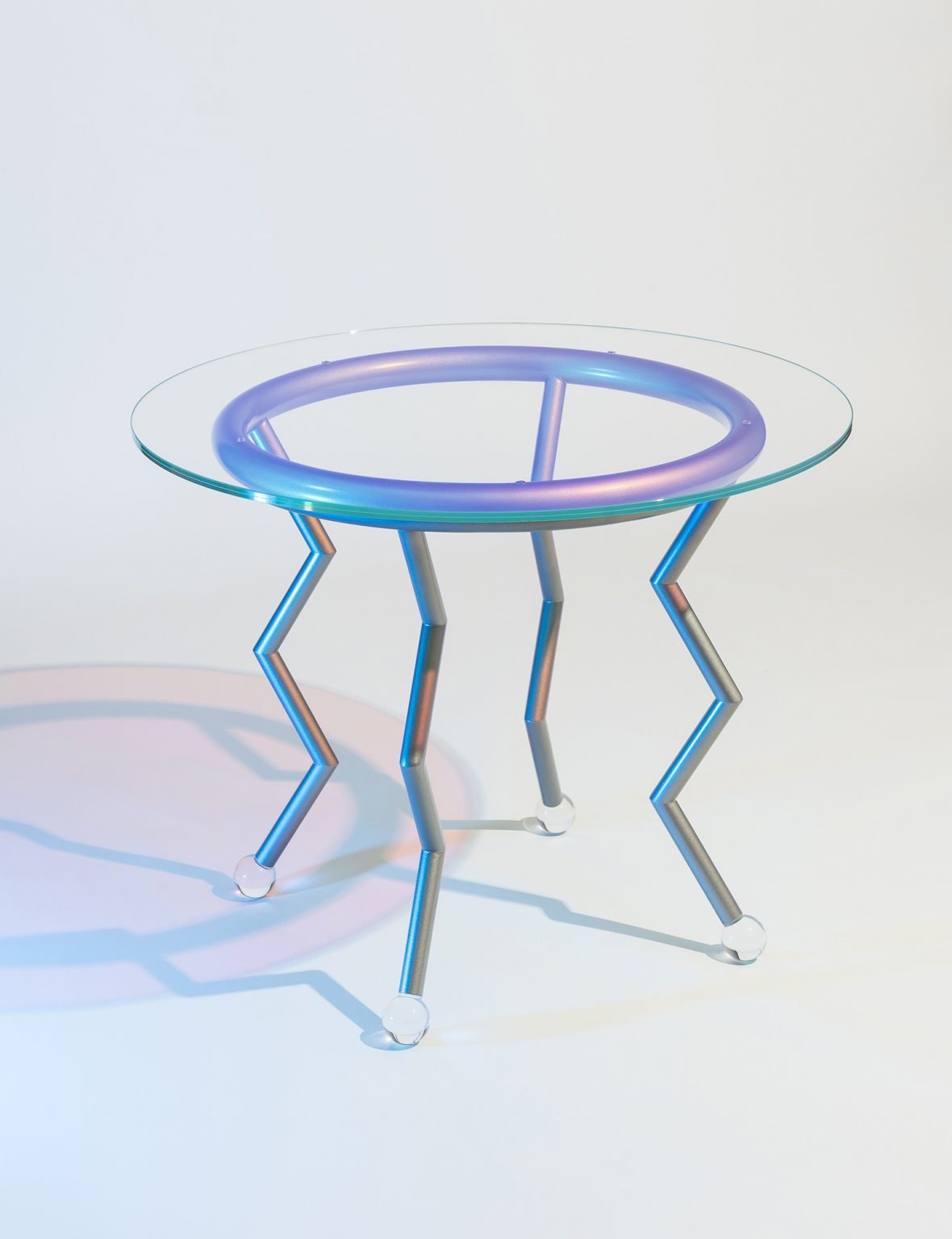 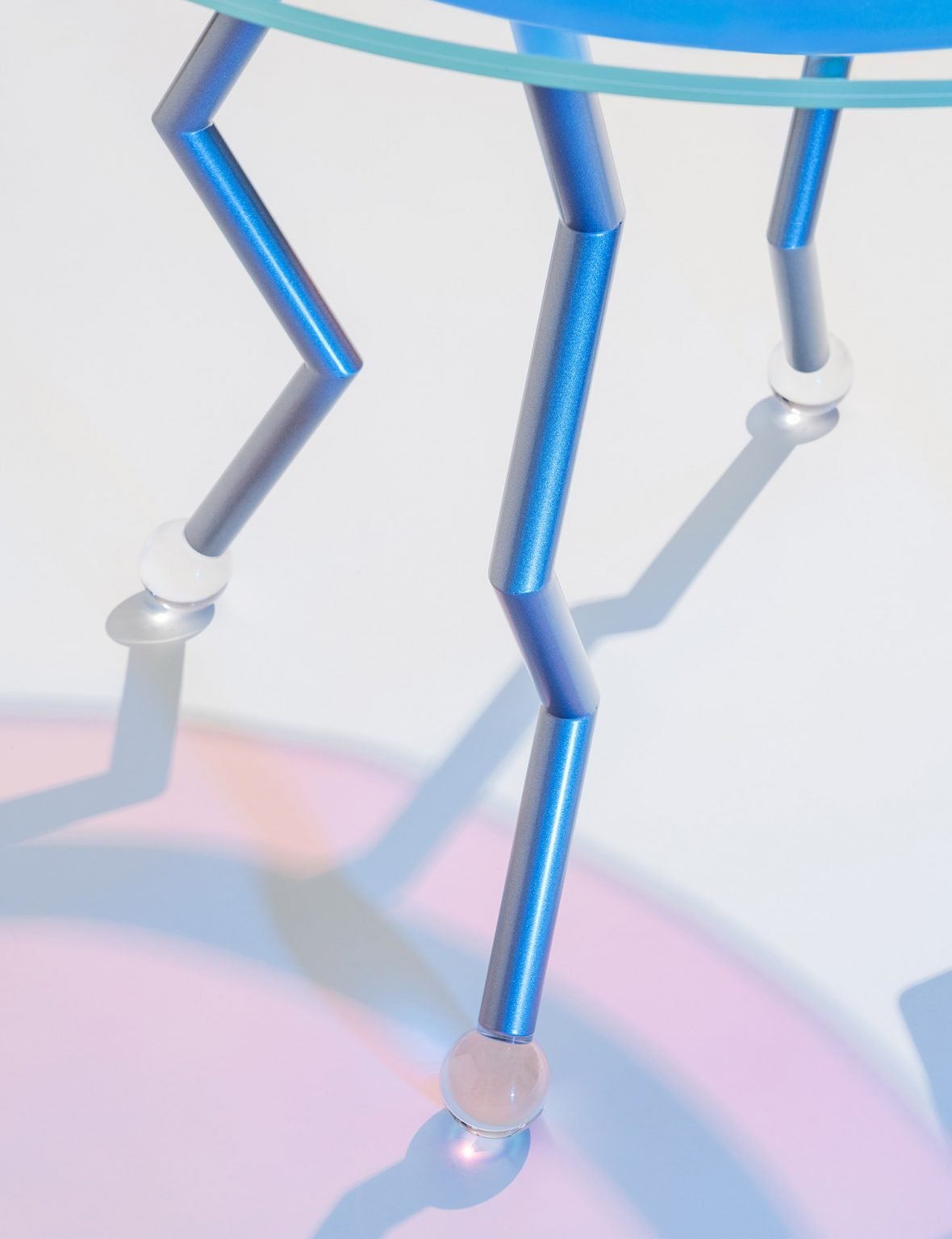