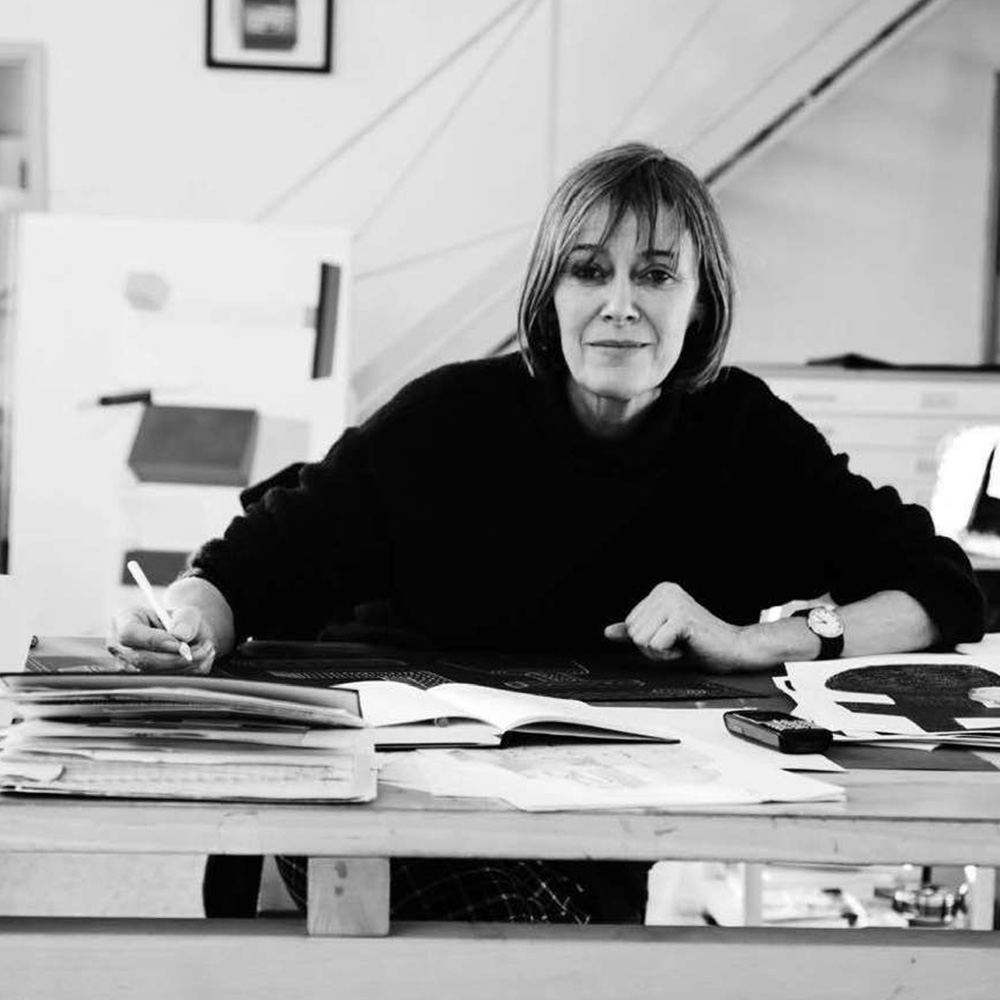 Nathalie Du Pasquier is a French artist and designer who has lived in Milan since 1979. In 1981, Du Pasquier was one of the co-founders of the Memphis Group. Her numerous designs for decorated surfaces such as fabrics, carpets, furniture, and plastic laminates have played a key role in the creation of the unmistakable Memphis style. Despite her success as a designer, painting has been his main activity since 1987. Du Pasquier’s ongoing research is articulated in paintings, sculptures, drawings, models, constructions, carpets, books, and ceramics, which constantly investigate the boundary between the representative and the unrepresentative, the tangible and the intangible, reality and imagination, and two/three-dimensional forms. Her paintings have been exhibited in galleries and institutions around the world, such as PACE Gallery and the Camden Arts Centre in London, Kunsthalle Lissabon, Kunsthalle Wien. Nathalie Du Pasquier continues to design fabrics and collaborates with important brands.