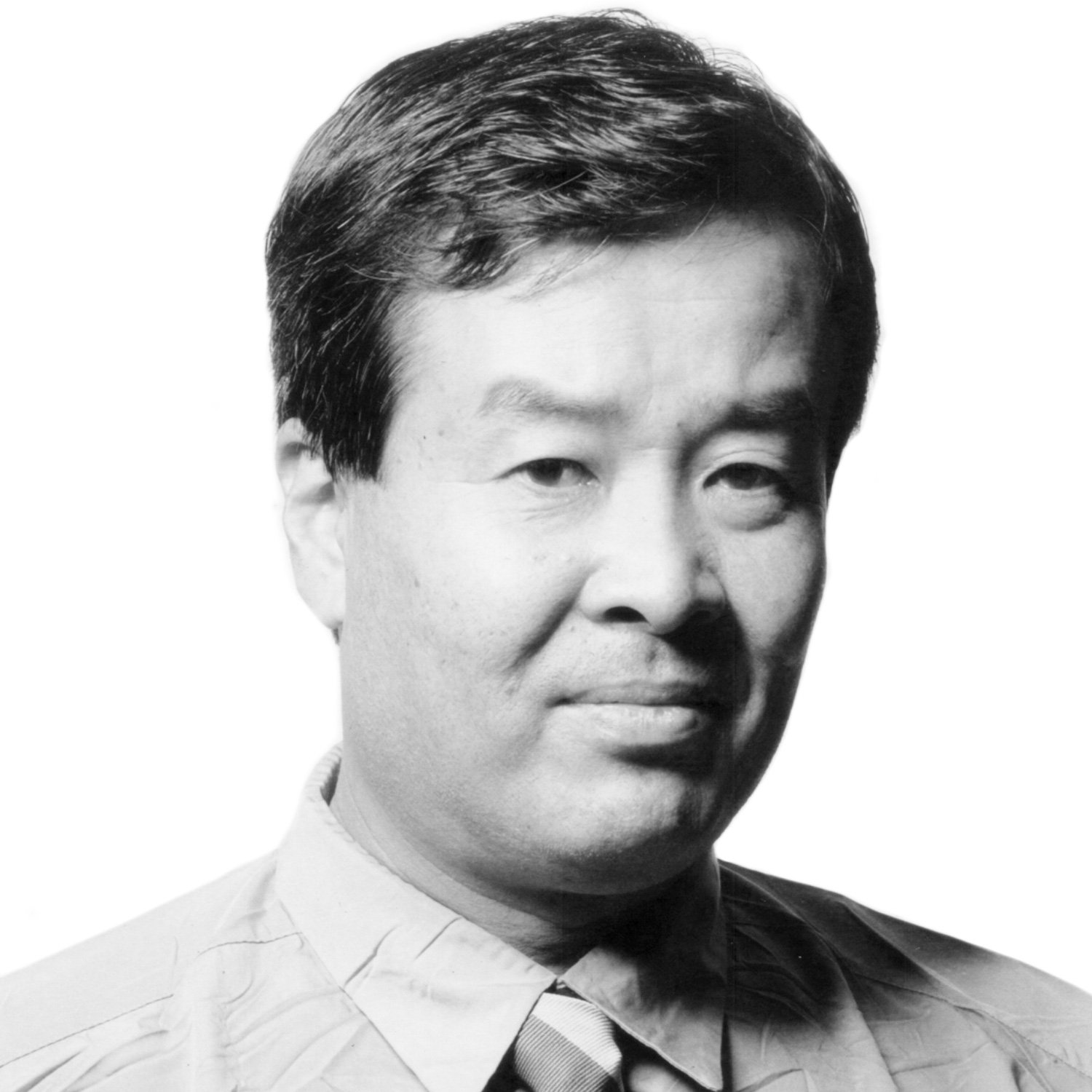 Masanori Umeda obtained a diploma at Tokyo’s Kuwasawa Design School in 1962.
He moved to Milan in 1967, where he worked at the studio of Achille and Pier Giacomo Castiglioni. It was while he was working as a consultant at the Olivetti design and furnishing system studio from 1970 to 1979 that he met Ettore Sottsass.
In 1981, Umeda designed his most famous object for Memphis, the Tawaraya boxing ring, in which the founding members of the group were photographed by Studio Azzurro to create one of the most iconic of Memphis images. A blend of East and West, Tawaraya, a kind of metaphor for a conversation piece, is a boxing ring surfaced with the tatami mats typical of Japanese traditional interiors. Umeda continued to work with the Memphis Group in the two years which followed, during which he produced the Ginza robot cabinet and two ceramic objects, the Orinoco vase and Parana bowl.
Umeda returned to Japan in 1986, where he opened his U-MetaDesign studio in Tokyo, which changed its name to Umeda Design Studio Inc in 2001. In the years which followed, he continued to design many postmodern, poetic and ironic items of furniture.
Masanori Umeda has taken part in a number of international exhibitions and received several awards, including the Braun Prize in 1968, the Grand Prix of Japan Display Design Award in 1981, the Japan Commercial Space Design Award in 1984 and the Grand Prix of Good Design Award, Japan, in 1990. His designs are on display in many museums throughout the world. In 2015, more than 180 works by Umeda were purchased by the M+ Museum, West Kowloon Cultural District, Hong Kong.