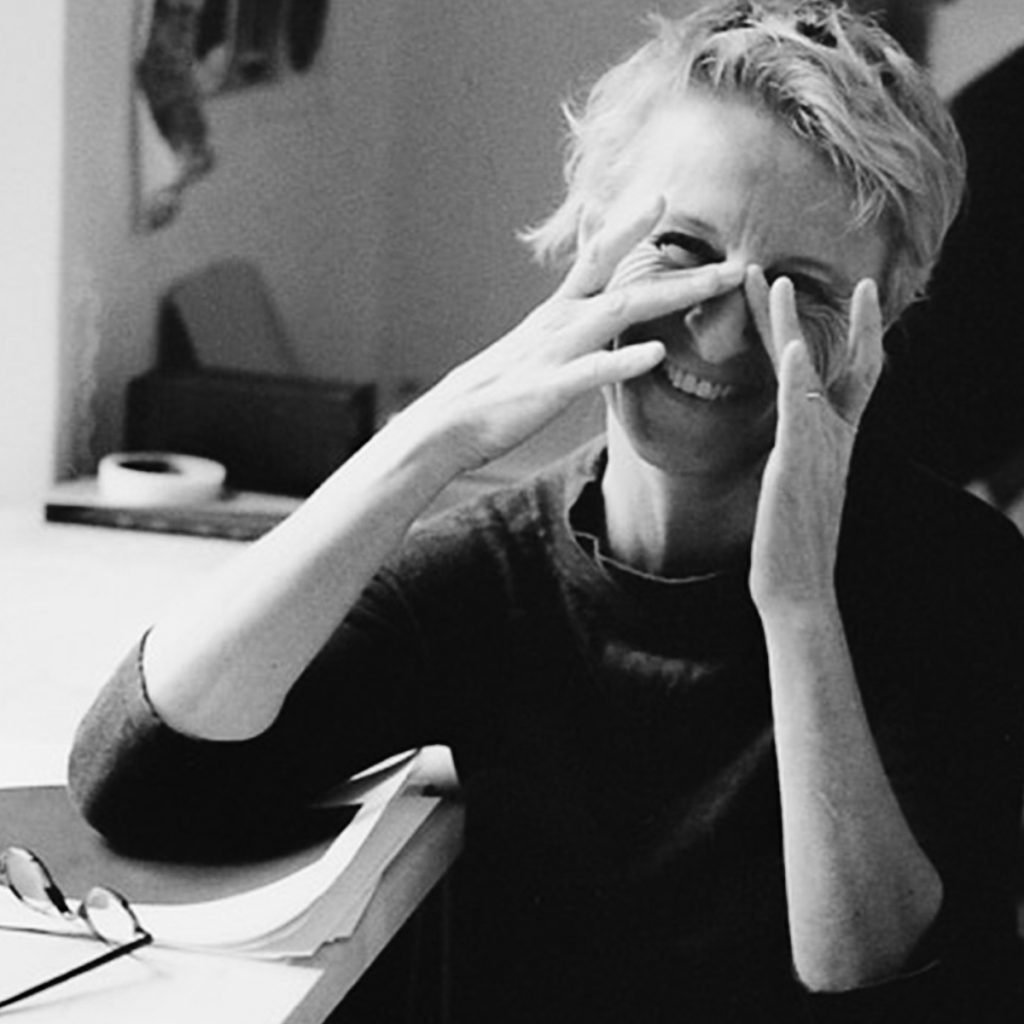 Martine Bedin is an industrial designer, architect and teacher. She studied Architecture at the École d’architecture in Paris. In 1978 she received a scholarship that took her to Florence, where she met the members of the Radical Architecture movement: the founders of Alchimia, Superstudio and Archizoom Associati. The founder of Superstudio, Adolfo Natalini, invited her to Milan in 1979, where she met Michele De Lucchi and Ettore Sottsass. At the beginning of the ’80s she spent three years in Sottsass’s studio, working on her own projects and writing for a French magazine. In 1981 she was among the co-founders of the Memphis Group.
Bedin works with various materials, such as marble, wood, metal, and ceramics. Her work is exhibited in major museums and private collections, such as the Musée des Arts Décoratifs in Paris and the Manufacture Nationale de Sèvre.