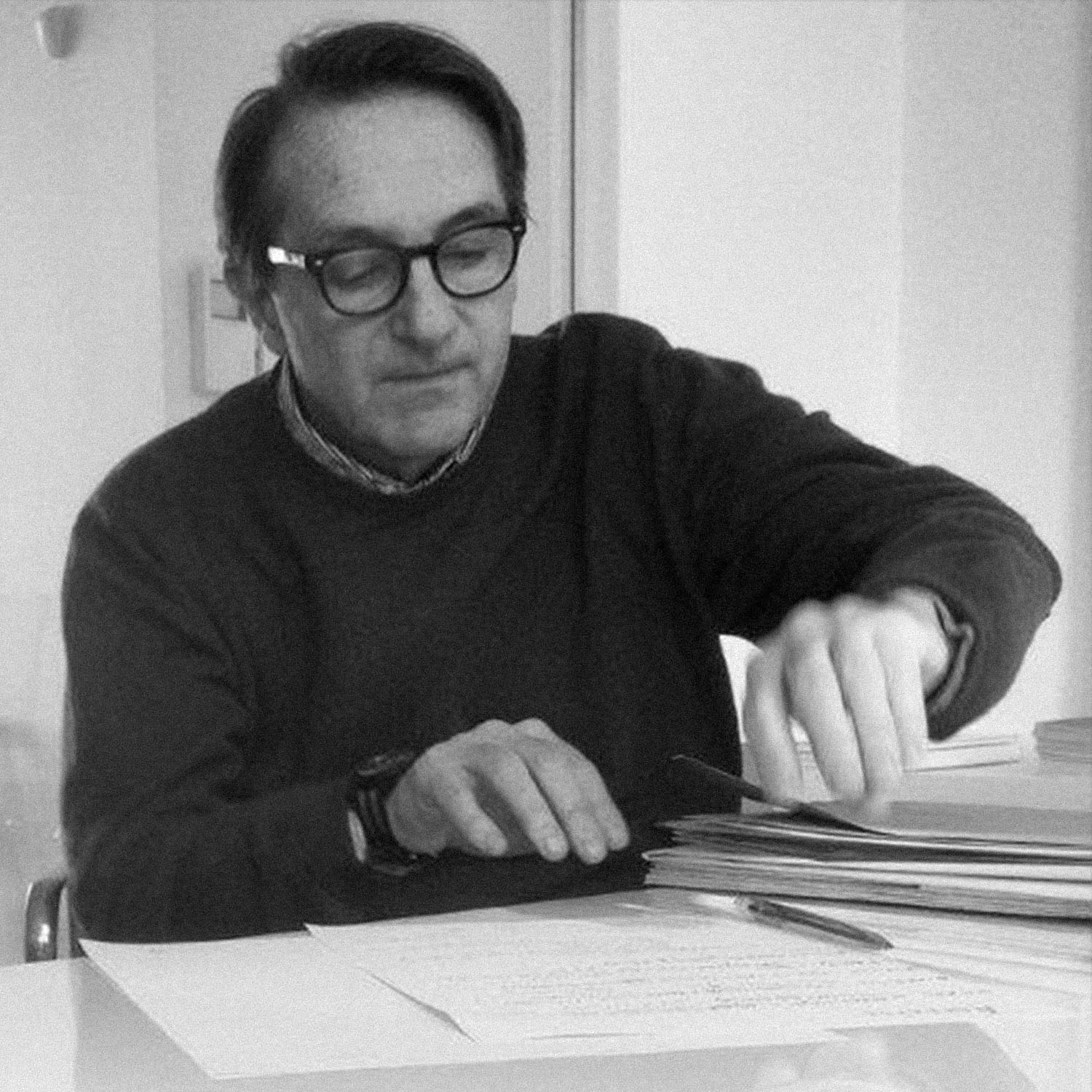 Marco Zanuso is an Italian designer. He graduated in Architecture from Florence with an experimental thesis that allowed him to get in touch with Radical Architecture and its protagonists: Superstudio, Michele De Lucchi, Andrea Branzi, UFO, Alessandro Mendini, and Ettore Sottsass. He spent long periods in France, Spain, and especially in the United States, discovering and becoming involved with Arcosanti’s architecture, Land Art, Berkeley, and the first experiments on solar energy. In Vienna, together with other artists and architects, he founded a group called Rastlos, carrying out consulting and research on urban planning, organizing exhibitions and seminars. He worked as an architect and designer with his uncle Marco Zanuso Senior, and at the same time collaborating as an assistant to Enzo Mari and Achille Castiglioni at the Politecnico di Milano. Between 1987 and 1988 he developed various projects for Memphis. In 1991 with Daniel Nava in Milan he opened a studio dedicated to industrial design and the architectural design of residential buildings, office interiors, private homes, and exhibition stands. Zanuso also develops projects and experiments with small producers and artisans.