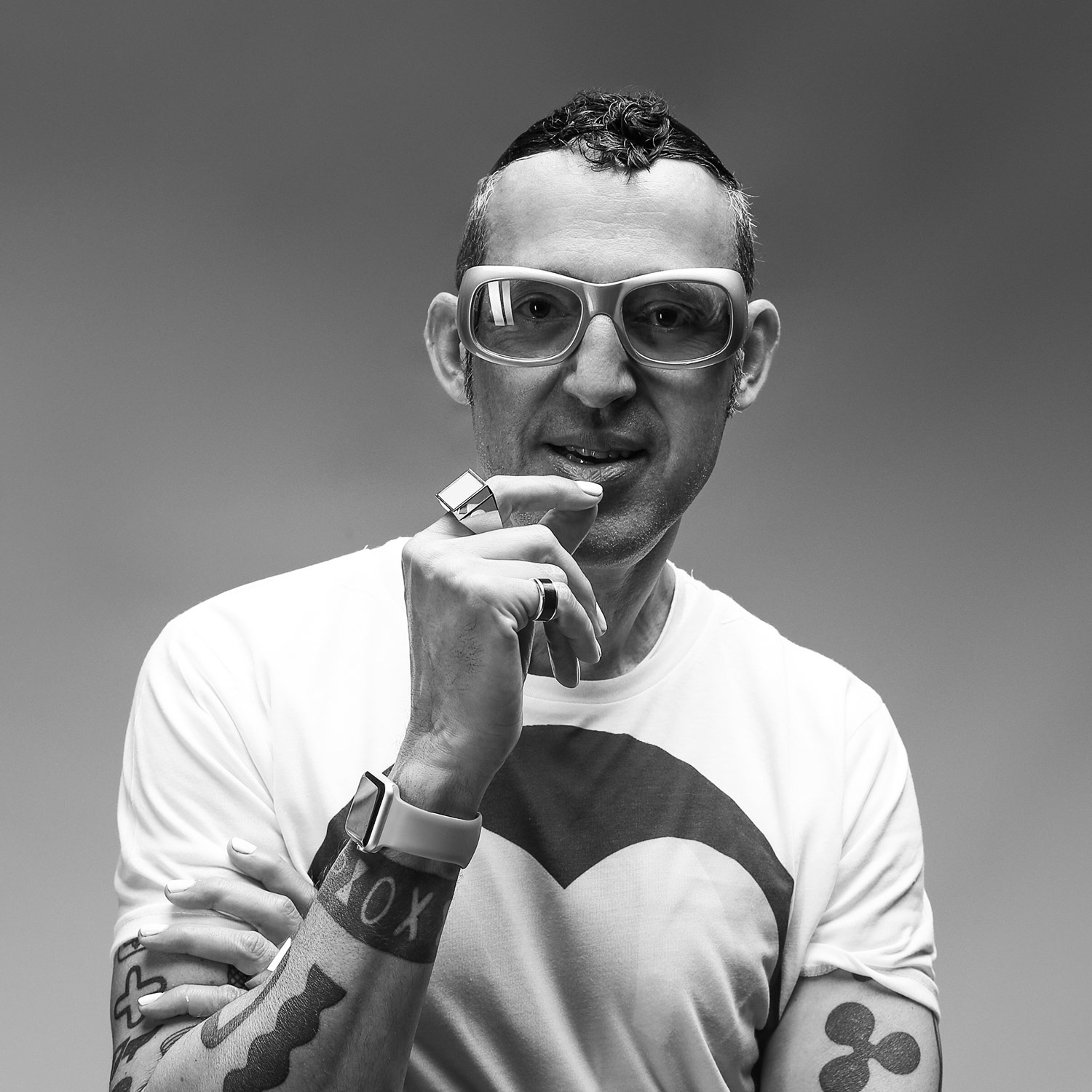 Karim Rashid is one of the most prolific designers of his generation. He received a Bachelor of Industrial Design in 1982 from Carleton University in Ottawa before pursuing graduate design studies in Naples. Rashid then moved to Milan for one year and worked at the Rodolfo Bonetto Studio. In 1993, he opened his own studio in New York. Rashid’s international experience contributed to the evolution of his work, marked by the contamination of ideas, materials, behaviors, aesthetics, and disciplines, broadening the horizons of the consumer. Art, fashion, and music are other tools that Rashid uses so that creativity invades every aspect of our physical and virtual environment. Rashid’s work is featured in dozens of permanent collections and exhibited in galleries around the world. He is a winner of the Red Dot Design Award, the Good Design Award, the I.D. Magazine Annual Design Review, and the IDSA Industrial Design Excellence Award. His frequent university lectures and conferences globally promote the importance of design in everyday life.