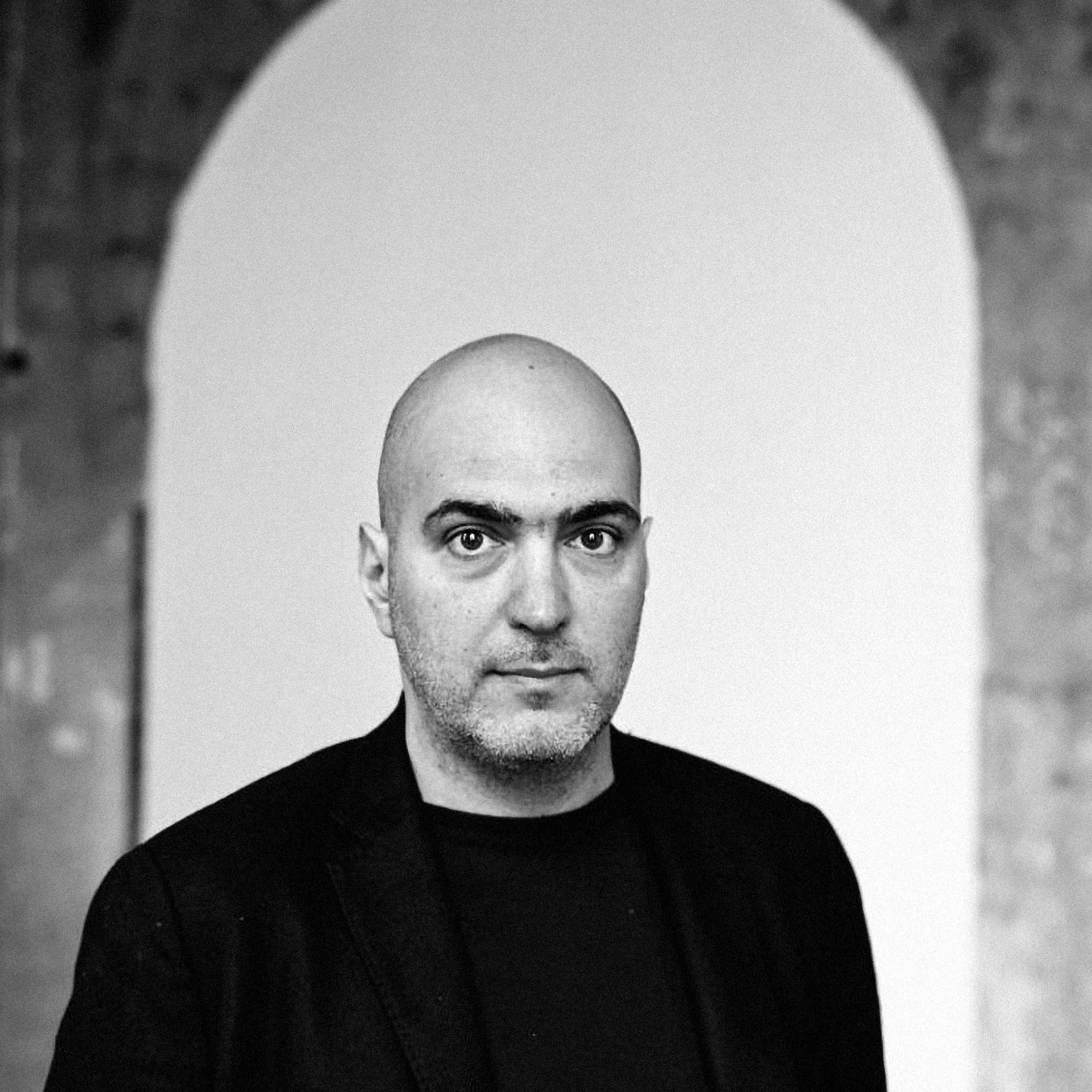 Alberto Biagetti began his career in 1995 in the Milanese architectural studio of Luca Scacchetti.
With Alessandro Guerriero, founder of studio Alchimia, he then opened the Radiosity studio and FUTURARIUM, a school where students and professionals work together to develop experimental projects in the field of art, architecture, and design. In 2000 he became Creative Director of the YOOX Group (2000–2013), and in 2003 he founded Atelier Biagetti to focus autonomously on interdisciplinary experimentation, crossing the boundaries between art, architecture, design, and cinema with particular attention to the relationship between the physical and virtual worlds. Alberto Biagetti’s constant exploration and design of installations, objects, and images concerns far more than just aesthetic value, always searching for meaning. Biagetti’s works have been exhibited in major galleries and institutions.